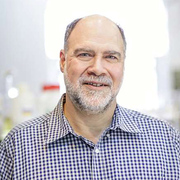 Paul Brancato is the owner, Vice President, and General Manager of Epner Technology, a family owned plating company founded in 1910. He has served on the Board of Directors for the National Association for Surface Finishers (NASF) for more than10 years as well as serving as president for the association. Paul is currently on the executive committee of NASF’sBoard of Directors, as well as, its jobshop committee and as liaison to the Foundation Board of Directors, the educational arm of the NASF. Paul currently serves on the Board of Directors of the Master’s Association of Metal Finishers of New York and New Jersey, where he has served for more than 20 years, having served as president and as treasurer.