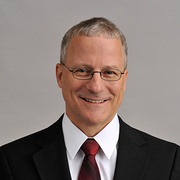 Don Lane has been associated with Makino Inc. for over 40 years.  Makino is a global manufacturer of horizontal and vertical machining centers, electronic discharge machines and production systems serving the die/mold, aerospace and automotive parts market.

Lane joined the LeBlond Machine Tool Company in 1979 as a Sales Engineer prior to its acquisition as an affiliate of Makino Milling Machine Company of Tokyo Japan.  He became Executive Vice President in 1997 and President and CEO in 1999.

Lane served on the Board of Directors of the Warren County, Ohio, United Way, earning special recognition as the winner of the Corporate Leadership Award in 2003 and 2006.

He and his wife, Amanda Wright Lane, are advocates for the aviation industry.  Mrs. Lane is the great grand niece of aviation pioneers Orville and Wilbur Wright, and is the spokesperson for the Wright family.

The Lanes have two children and are residents of Columbus, Ohio.