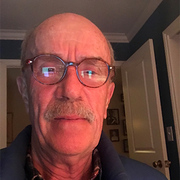 Mike Guscott is a native of the United Kingdom born in London in 1943. He did his toolmaking apprenticeship from 1959 to 1964, and then joined Uddeholm in 1971 as a sales engineer. Mike transferred to Uddeholm in the United States in 1978 and stayed on there until 1988 with his final position being the product manager of plastic mold steels for North America. Mike then transferred to Uddeholm in Japan as the president from 1988 to 1993 after which he worked for EDRO as the vice president until 2012 when he became the apprentice program manager.