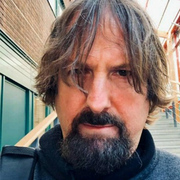 Rob Tiffany is Ericsson's Vice President of IoT Strategy. An entrepreneur at heart, he founded Enterprise IoT, where he created an edge computing system powered by digital twins, and NetPerceptor, where he developed one of the industry’s earliest Mobile Device Management (MDM/EMM) platforms for smartphones.

As CTO and Global Product Manager at Hitachi, he received the Presidential “Product of the Year” award for designing the Lumada Industrial IoT platform, which landed in Gartner’s “Visionary Quadrant” and was a “Strong Performer” in the Forrester Wave. Spending most of his career at Microsoft, Rob was the Global Technology Lead for IoT where he incubated the Azure IoT cloud platform and co-authored its reference architecture.