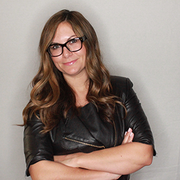 Co-Founder and CEO at FormAlloy

Melanie Lang, FormAlloy Co-Founder and CEO, is motivated by developing a disruptive technology that delivers the future of additive manufacturing – creating high-value components with superior performance. Her passion has manifested into making wave(length)s in metal additive manufacturing since co-founding FormAlloy Technologies, Inc. in 2016. FormAlloy Technologies, Inc. designs and manufactures award-winning metal deposition systems and solutions to a wide range of industries. Prior to FormAlloy, Melanie began her engineering career as an intern at Boeing and later spent 14 years as an engineer and program manager at Lockheed Martin. In 2020, she was named as one of SME’s 20 Exceptional Women in Aerospace & Defense Manufacturing for her focus on opening the design space for multi-material components. She holds a B.S. in Aerospace Engineering from the University of Illinois and an M.S. in Systems Architecture & Engineering from the University of Southern California. In addition to her role at FormAlloy, Melanie currently serves on the America Makes Executive Committee, as the Vice President of Legislative Affairs for Navy League San Diego and is the Women in 3D-Printing Ambassador for San Diego.

Melanie credits her fascination with space since an early age, her enjoyment of math and science, and her affinity to the arts as the driving factors to becoming an engineer. Her desire to pursue a career that would hone her technical skills but allow her creative side to flourish led her to Aerospace Engineering. As a student, Melanie focused on space applications and designs for space tourism vehicles. Early in her professional career she focused on solving challenging technical problems and algorithm development for air defense systems. She quickly learned that as much as she loved the technical side, her favorite element of her career was collaborating with and mentoring people. She became involved with the local chapter of AIAA to lobby for STEM where she first experienced the excitement of 3D-printing.

In 2016, she harnessed her engineering and creative knowledge to co-found FormAlloy which focuses on innovative metal deposition system and solutions. From start-up to growth mode, FormAlloy under Melanie’s leadership has won numerous awards and recognitions including:

Melanie resides in San Diego with her husband, three daughters, and a dog named “cowboy”. Outside of 3D-printing and spending time with her family, she enjoys staying involved in the community, playing music, running, and yoga.