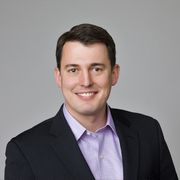 As President and CEO of Hirsh Precision Products, Peter is passionate about partnering with customers, continuously improving the business, and developing a strong culture based on the company’s Core Values. Hirsh Precision opened in 1979 and has grown to approximately 75 employees. The company serves medical, aerospace, and other high-tech sectors, with a focus on repeat production components that have stringent cosmetic and dimensional requirements. The company is ISO 9001:2015 and ISO 13485:2016 certified and was recognized in 2018 as one of Modern Machine Shop’s Top Shops.

Peter received his Bachelor of Science degree from the United States Air Force Academy before serving as an Air Force officer in South Korea, England, and Iraq. After leaving the Air Force, he earn his MBA and a Master’s in finance from the Leeds School of Business at CU Boulder while working. He spent several years with Deloitte Consulting’s commercial Strategy and Operations practice both in the United States and abroad before joining Hirsh Precision as the Chief Operating Officer in 2017. Peter purchased Hirsh Precision in 2019. He and his wife Jen have a daughter and live outside Boulder, Colorado.